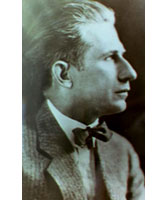 James Oliver Curwood was one of the best selling authors of his time. His more than thirty novels were made into two hundred movies and television shows. His books are full of a love of life and a zest for wilderness adventure that people today still enjoy. His novels are still being made into movies and will continue as they are timeless.

Born in Owosso, Michigan on June 12, 1878 and raised there, Curwood grew up to study journalism at the University of Michigan in 1900. He sold his first story while working as a journalist for the Detroit News-Tribune. Saving his money, Curwood took his first journey into the wilds of Canada before 1910, capturing the heart of the wilderness and people there in his first novels.  The success of his writing allowed him to continue to return to Canada, Alaska, and the Yukon over the next seventeen years writing the adventure novels that the reading public of the early 1900s loved.

James Oliver Curwood loved the wilderness of Canada and Alaska, hunting, trapping, and hiking from British Columbia to northern Quebec. He would spend six or more months at a time there, even building his own log cabins in the wilderness, then return to his hometown of Owosso, Michigan to write about his adventures. If you have read and like, Jack London’s novels, you will like Curwood.

His characters are not typical, at times the villain becomes the hero or the law man the ruthless hunter without heart; and then they switch roles again. At times the heroine is helpless and in need of rescue and at others a quite competent woman of the back woods capable of out-whiting the most able backwoodsman. He drew his characters from his own experiences and more than seventeen years living in the Canadian wilderness among the people who settled that frontier in the early 1900’s.

He was an ecologist before it was popular and was appointed Chairman of the Game, Fish, and Wildlife Committee of the Michigan Department of Conservation in 1926. As the years went on, Curwood exchanged hunting with a rifle to filming the wildlife he loved with a camera.

After writing and living in the backwoods for many years, Curwood eventually settled back in his hometown of Owosso, Michigan where in 1922 he followed another dream and built a replica of a Norman chateau along the banks of the Shiawassee River, now called The Curwood Castle Museum. The Castle, became his writing studio where he would spin the tales of his out door adventures in the Canadian and Alaskan wilderness that so thrilled the readers of that era as they still do today.

In 1927, while on a fishing trip to Florida, Curwood contracted blood poisoning from an insect bite and later died on August 13, 1927 of complications.  He is interred in the Oak Hill Cemetery in Owosso, and his Curwood Castle is now a museum. There is an annual Curwood Festival held the first full weekend in June in his honor in Owosso where many gather to hear his books read or told by story tellers and plays are re-enacted of his novels and movies.

Below are a list of James Oliver Curwood’s novels and movies made from them.